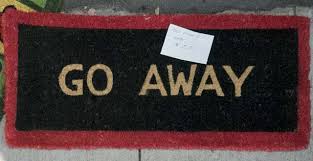 While I was at CES last week, one of my readers, Rex Thomas posted a comment here on the blog, voicing his lousy experience trying to get into CES this year. From his comment, it sounds like Rex had a very lousy time, and received poor information and advice from numerous people. I feel bad for Rex, and thought, as a member of “the industry” that I’d take a stab at an explanation. As a disclaimer here, I am not going to try to justify the poor communication/notifications on the CES Web site, which should absolutely be crystal clear for others like Rex.

First of all, it is a trade show, and by definition, that implies it’s for members of the specified trade. Unlike a Car Show or Boat Show, which are really expositions, it’s an event for people in an industry. The Fancy Food Show, for example, is similarly not open to the public, nor are most events of a similar nature. It just so happens to be named Consumer electronics show, since the industry itself is dubber Consumer Electronics.

Second, the show’s pretty crowded as it is, with over 140,000 people registered this year. If we were to assume it’s all by the book, that’s 140,000 consumer electronics employees, buyers, press/media, and other affiliated people. Again, that’s a lot of people! If there were no restrictions, that could easily double within a couple of years, and I don’t know how the city nor the convention could handle the traffic!

Third, consider the fact that until the past few years the primary goal of the event was retail sales and relationships. The show’s history was about introducing new consumer electronics products to retailers, and selling products. In the past few years, more and more media coverage has upped the profile of the show to the point where virtually anyone even connected to consumer technology has an awareness of “CES” and knows at least a bit about it. The event has absolutely transcended its humble origins, and today encompasses much more than just selling consumer electronics to retailers!

Finally, take the sum of the points above. There are a lot of people there, most of which have specific jobs to do. Both retailers and press have to get to as many relevant booths as they can. Booth staff need to demo and talk for hours on-end to as many of their target customers or media attendees as possible. If all the people who need to be there to do their job had to navigate around anyone and everyone who felt like coming to Vegas that week, they simply wouldn’t be able to get their jobs done. This is probably the key reason to restrict attendance to industry folks.

I know it seems like it’s a lot of fun, and in many ways it is fun. But it’s a lot of work for a lot of people. The people who work for consumer electronics companies tend to work through all of December just to prepare for the show, whether they are getting demos ready or designing and building booths or simply planning the logistics for staffers. Media and analysts also typically spend weeks just figuring out their calendars for the 4-day nerdapalooza. December is not a pleasant month for those of us in the consumer electronics industry!

So Rex, and others out there who think it’s unfair or should be changed, I hope this helps clarify a bit of why it’s technically a closed event. In the meantime, there are several events which are in fact open to the general public. CeBIT in Germany every March, as well as Digital Life in NYC in October, are both open for anyone to attend (I’d pick Digital Life over CeBIT any time).

8 thoughts on “Why consumers aren't at the Consumer Electronics Show”