Netflix, the little DVD rental company that could, announced today that they’d offer a PC-based streaming version of their service (there’s already a video demo online).  It’s launching as a limited beta with a select number of users, with about 1000 titles available immediately.  As it spreads to its now 6-million-user strong customer base, the pricing is based on your monthly bill – for every dollar you spend, you get one hour’s worth of streaming.  More of the basics on PVR Wire, an unimpressed Davis Freeberg, Zatz Not Funny, and the Mercury News.  And don’t miss Dave Winer’s “nyah nyah” to Robert Scoble on the Scripting News. 🙂

There are quite a few important ramifications of this new “Watch Now” feature as I see it. 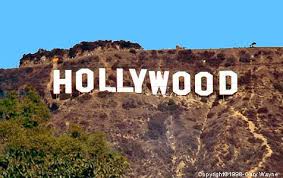 Hollywood and the Internet
In a nutshell, Hollywood has clearly stripped all public fears of distributing content over the ‘Net.  Sure there’s DRM and it’s not open-platform and people can complain all they want, but the bottom line is: they are trying, and in my opinion putting the right feet forward.  Combine this with last week’s CBS keynote, and you have some fairly daring moves.  This is increasingly important as Joost (my early winner for worst-named new company of 2007) and other attempts to go around the studios launch.  If Hollywood moves fast enough and smart enough they can effectively cripple any illegal offerings from reaching the masses (but go read Mathew Ingram’s more skeptical thoughts on this).

Redefining rental: will the stores survive?
Another aspect of the “traditional business model” that is clearly up for redefinition is the question of “what is a rental?”  In the dark ages (roughly… the 80s) there was almost no personal ownership of videos, and everybody went to their local rental shop to pick up a movie for a night, then paid late fees as it sat on the counter by the door.  Now look at the worlds of possibilities.  Cable companies’ on-demand services give you access to hundreds of movies (many free) instantly for 24 hours, and the satellite guys are pretty much there as well.  DVDs are priced so low that many people buy instead of renting (personally, I buy em used on Amazon, keep them for a while, then resell them).  Blockbuster lets you rent online, return in the store, with no late fees.  There’s no doubt that Blockbuster is here to stay, but the struggling mom+pop stores and smaller chains are about to face a whole new wave of competitive services and products.

Business model
Mike Arrington wrote that Netflix has $40MM budgeted for costs and overhead of the new service.  Since the movies are all being streamed in standard definition (which irks Mr. Scoble, but I think is irrelevant right now as PCs do such a phenomenal job of upscaling video anyway) the bandwidth costs shouldn’t be terribly excessive.  I’d love to see someone really analyze the metrics here, as my hunch is this: they are probably budgeting XX hours of streaming per month per customer, and that XX is a fairly low number when compared across the customer base.  For every user who watches their full 18 hours per month online, I’m sure there are at least 5-10 who watch 0 streaming.  So the important issue is how much of this can they really afford to do, especially if the service takes off?  Is this all about customer attraction or retention?

PC vs TV
From about 1999-2005 I used the phrase “TV is lean back, PC is lean forward” on average 3.4 times a day (I cannot verify that number, but I believe in it), as the company I worked for at the time was providing digital media streaming technologies to consumer electronics manufacturers.  Turns out I wasn’t completely right (gasp).  I plan to write a longer post on this topic, but it seems that many consumers are perfectly willing to lean back at the PC (we’ll see about the other part later this year).  With services like YouTube and products like the Slingbox, consumers are spending more and more time at their PC being entertained.  I’ve been advising my clients recently with one piece of new advice: “you cannot design any convergence product or service that does not anticipate a laptop being used in conjunction with your product.”  In other words, if you have a new interactive-TV play, assume there’s a laptop being used at the same time on the couch.  I wonder to what extent this will continue, but this is one more important piece of the puzzle.  But to get the Netflix Watch Now back to the TV?  Thomas Hawk mentions using the streaming features of the Xbox 360, and Kevin Tofel muses briefly on the SlingCatcher.

Parting Thoughts
While I was once a Netflix customer, I am not one now, and this most certainly isn’t enough to get me back.  I’ll also admit that while I am not anti-Netflix, I have not viewed them as some pariah in the DVD space.  Even with 6 million households, there’s over 60 million more out there they aren’t servicing.  That said, they’ve knocked Walmart’s attempts back to the stone age, and have pushed Blockbuster into exploring new models.  Today they enter a new game, with a compelling service, but new competition and new forces in play.  I’m curious to see what happens next.

2 thoughts on “Netflix Moves Beyond the Disk”